Change One Thing, Change Everything

The snack that saved a soldier's life

n a chilly Christmas Eve in 1944, the men of the 262nd and 264th Regiments of the United States Army 66th Infantry Division waited on the dock in Southampton England to board the SS Leopoldville for the 85 mile journey across the English Channel south to Cherbourg France. Just eight days earlier, Germany had launched a surprise "blitzkrieg" attack into Belgium in an attempt to split the Allied forces in two. The men of the 66th Infantry were on the way to reinforce the American divisions already desperately engaged in a fierce battle against the German attack.

The Battle of the Bulge, as it would later come to be known, was the costliest engagement ever for the US Army, which eventually lost over 100,000 soldiers. 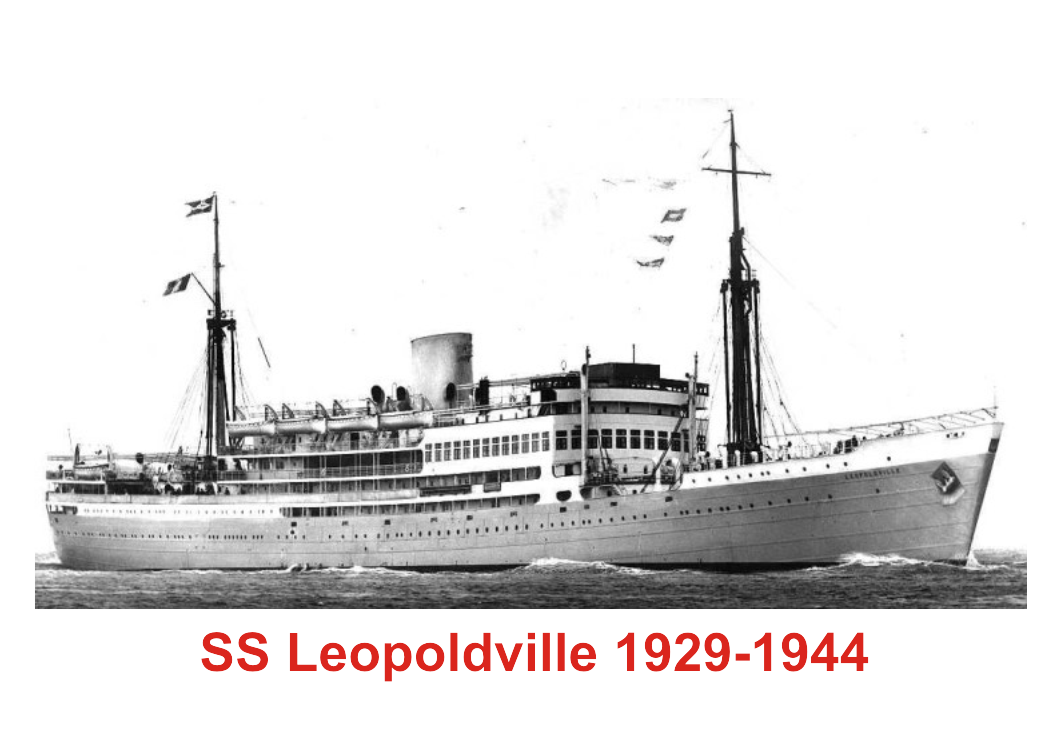 The SS Leopoldville was a 478 ft Belgian passenger ship converted to a troop carrier during the war. It was used mainly for transporting Allied troops across the English Channel and did not have sufficient life jackets or accommodations for the 2,000 troops it was able to carry on the short voyage, but nonetheless had already made 24 channel crossings and transported over 120,000 Allied troops to France.

One of the men waiting to board the SS Leopoldville on that Christmas Eve was my friend Ray Bollig, whom I know well from the American Legion Post 161 in Arvada, Colorado. While they waited, each of the men had been given a candy bar. They were told not to eat the candy right away but instead to save it until they were hungry because there would be no more food available until sometime after the ship reached port in Cherbourg.

Ray laughed as he recalled the story of the candy bars. When he told me the story he said, "Well I was hungry right then, so I unwrapped my candy bar and ate it right away while we were still waiting to board the ship."

According to Ray, some of the higher ranking NCO's of the Regiment were somewhat annoyed to observe that some of the men had immediately eaten their candy bars, and an announcement was made that the men who had done so would stay above board on the ship while those who had responsibly saved their candy bars for later would be assigned to the preferable space below the deck where it was considerably warmer and more comfortable. Since Ray had eaten his candy, he was among those who were stationed on deck, and he told me that he was able to find a bench where he could sleep for a little while.

When the SS Leopoldville had nearly reached her destination port in Cherbourg, she was struck on the starboard side by one of two torpedoes launched from a German U-Boat. Since the torpedo struck the hull below the water line, the men below deck were much more vulnerable than those above. Nearly 300 men in the compartments that were hit were killed immediately. The few who survived the torpedo hit were those who managed to make their way above board to the deck.

In the near chaos that ensued, many more lives were lost, due partly to the crew giving the emergency orders in Flemish, which the majority of the Americans could not understand. Also contributing to the disaster was the fact that, because it was Christmas Eve, many in England had been given the day off. Hundreds of small craft moored in the harbor could have been utilized for rescue missions but due to the holiday, there were very few crew members available. The four naval escorts to the SS Leopoldville, consisting of two British destroyers, one British and one French frigate did all they could to transport men from the sinking ship back to safety.

Of the over 2,200 men aboard, mostly Americans but also British troops and the civilian Belgian crew, over 800 did not make it back to port alive.

Because he had eaten his candy bar right away, Ray was among the survivors that day and I had the privilege of hearing the story of the SS Leopoldville firsthand from someone who was aboard and who witnessed the tragic event from beginning to end.

This is a classic example of a phenomenon that weather scientists refer to as the "Butterfly Effect" in which tiny, seemingly insignificant changes in circumstances all contribute in an unmeasurable manner to large global weather patterns. As it has been said, "The flutter of a butterfly's wings in Brazil can ultimately cause a hurricane halfway around the world."* It could as well be said that a hastily eaten candy bar over 70 years ago resulted in a young soldier returning home safely from disaster and going on to get married, raise a family, and begin a long and lucrative career. 72 years later, I'm happy to see Ray almost every weekend at the American Legion. Eating that candy bar all those years ago affected not only Ray's life but eventually my own life and the lives of countless others as well.